Next season and this coming summer are huge for Manchester United. That is very often the case of course, but this time it really is a make-or-break period for the club and its short and mid-term future. If it goes well, United fans will be queuing up to use free offers such as those provided by oddschecker via Sky Bet to back their club for next season. If it doesn’t, then the club could very well be on verge of falling out of European contention for years to come. In order to see exactly what needs changing, what areas need improving, it is a good idea to look back at this season to what went wrong, and what if anything went well.

Papering over the cracks

It is far too simplistic to point the finger at last summer’s transfer activity as to what has gone wrong with United since. The problems started well before that, and the club’s encouraging league finish in the 2020/2021 season was perhaps the worst thing that could have happened to the club. When a manager and a side has just finished second, above the reigning champions, it is hard to say anything too negative about the team. The high profile comments of Mourinho regarding his second-place finish probably added to the narrative that all was going in the right direction at the club.

Despite that second place, however, and yes with the benefit of hindsight, the team’s performances that season should have resulted in questions to be asked in the summer. Instead, Solskjær saw what was happening at Manchester City and Liverpool, and realised that the way to go that one extra step was via the route of all-out attack.

The acquisition of Jadon Sancho and Ronaldo was met with almost universal acclaim and approval from United fans and most pundits, though some of the latter did question whether the Ronaldo signing was one that was better for the Premier League than for United. French centre back Raphaël Varane was also brought in, and despite an injury-hit season has shown that he is one of the world’s best defenders. Unfortunately, he has not been able to forge a relationship with any of United’s other centre backs, especially Harry Maguire.

Sancho has struggled to make an impact and has not come close to recreating his form at Borussia Dortmund which made him one of the most sought-after players in Europe. Ronaldo has on the other hand been close to vintage CR7, and you do have to worry where the club will have finished without his goals. He is hardly a player for the future, however, and though he may be propping up the side at the moment, United are too big a team to rely solely on his talents and need to build a team, indeed a squad that will not suddenly be left high and dry with a huge Ronaldo shaped hole in it. There was the danger that the Portuguese star’s performances could have papered over the cracks this season, much like their league position had the previous season. Unfortunately, or fortunately as the case may be, the performances have been so bad, that it is obvious that there is a very real need for change. Hopefully, they have appointed the right man to make those changes.

Solskjær may have looked at the likes of Liverpool and Manchester City and seen the success they enjoyed with their attacking formation and threatening wing play, but what he failed to understand was that that is only possible because of the way that every member of those teams works as a team. That applies just as much when it comes to defending as it does to forward play. To be successful in pressing — which to operate at the very highest levels of the game today you have to be — you need to do it as a team. Three players need to attack the ball every time. Doing it in ones and twos is just ineffective and is a waste of energy for those who actually do attempt it. This season United have been lacking in this regard in almost every game. When Rangnick came in it was thought that would be the first place he would start, but there has been no improvement which shows it is not just a mentality issue, but the players are just not capable of doing it, certainly for sustained periods.

Erik ten Hag has achieved success in Holland by employing an aggressive press. As a result, his teams have created more chances than any other side in the league, as well as conceding fewer at the other end of the pitch. The EPL is a completely different ball game of course, but at least he is coming in with the mentality and understanding of what a successful team looks like and what it needs to do. 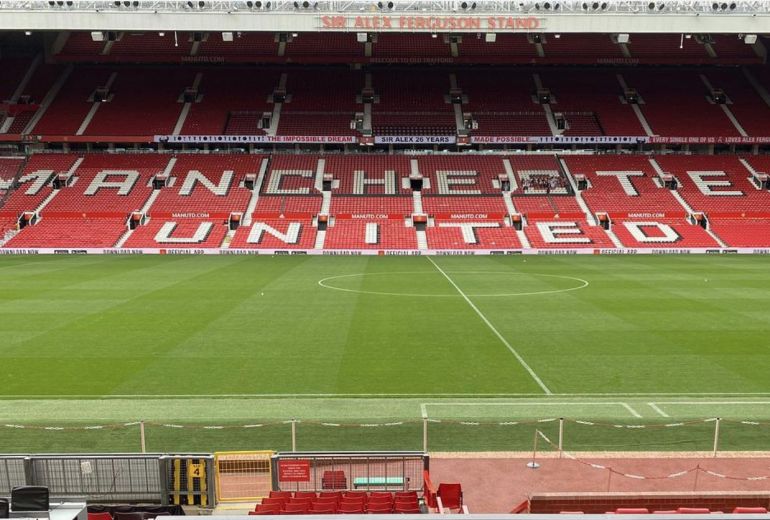 It is a crucial time for the club

The new manager will have all summer to work with his players, something that his predecessor didn’t have and to be fair to Rangnick it is incredibly hard to completely change a team’s style mid-season. Time in itself will not be enough. He will have seen his new team’s matches and seen that it isn’t just a case of tactics, practice and training. He will need new players, ones specifically chosen to play the way he wants.

There is no easy fix, but two issues that will be very high up on ten Hag’s to-do list will be to address the midfield and to get a leader, or leaders on the pitch. Those can both be achieved in one fell swoop. A Manchester United with a competent midfield, one that is able to provide an offensive threat, can link the play through the thirds while not ignoring its defensive duties and actually revelling in them, is a completely different animal than what we have seen in recent years.

Bruno Fernandes was seen as the saviour when he came in, and his goals were invaluable, but if he is not able to carry out his defensive or positional duties he may be a luxury the team simply cannot afford. Certainly, they can’t if every other member of the midfield is not filling in for him. And why should they? There is not one player at Manchester City or Liverpool who shirks their responsibilities anywhere on the pitch. It would not be tolerated by the rest of his team, or by his manager. It is that mentality of “that is not my role” which has poisoned United’s performances of late. It is a slippery slope. Once one person is seen to neglect part of his duties, especially when that person is a vice-captain, it is far too easy for others to follow suit.

It may very well be the case that the best, the quickest and the easiest way to change that, is to bring in new players as opposed to trying to change the players that are there. Nothing about this is going to be a quick fix, but it needs to be done and done correctly or we could be heading into dark days as United fans.