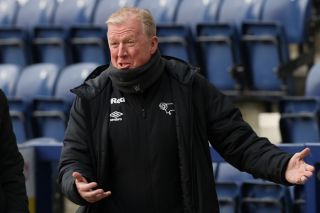 Erik ten Hag was unveiled as Manchester United’s new permanent manager last month and the Dutchman is gearing up to take over from Ralf Rangnick at the end of this season.

Despite the early confirmation of Ten Hag’s appointment, there has yet to be any clarity over what his backroom staff will look like. It is, however, believed that his assistant at Ajax, Mitchell van der Gaag, will be following Ten Hag to Carrington.

Now, it’s being reported that Steve McClaren, the former England boss, could make a sensational return to United to work with Ten Hag. The pair worked together at Twente, where the roles were reversed and Ten Hag was the assistant coach.

McClaren was Sir Alex Ferguson’s assistant between 1999 and 2001 and according to Jason Burt, a journalist at the Telegraph, he’s now certain to be joining Ten Hag’s backroom staff.

Steve McClaren definitely joining Manchester United coaching staff. Erik ten Hag made it clear that he wanted him so it would be a major shock – and a bad sign – if it didn’t happen

As per the report, Ten Hag has reportedly made it clear that he would like McClaren to be by his side in the dugout and it’s now at a stage where anything other than confirmation of his return would be a shock.

Furthermore, according to The Athletic journalist Laurie Whitwell, McClaren was involved in a planning meeting in Amsterdam the day after Ajax became Eredivisie champions, with John Murtough, the Manchester United football director, also present.