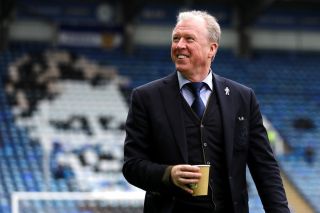 Erik ten Hag was confirmed as Manchester United’s newest permanent manager last month but there is yet to be any official guidance on who his backroom staff will be made up by.

Ten Hag guided Ajax to yet another domestic triumph earlier this week, with their 5-0 win over Heerenveen ensuring a third consecutive Eredivisie title.

Naturally, as the Dutch season draws to a close, Ten Hag is gearing up to replace Ralf Rangnick at Old Trafford and there is now clarity on who will be joining him.

Manchester United are preparing contracts for both Mitchel van der Gaag and Steve McClaren as they will join Erik ten Hag, becoming part of the new coaching staff in the next weeks. 🔴🤝 #MUFC

Van der Gaag told Ajax three weeks ago of his intention to sign for Man United.

According to journalist and transfer specialist Fabrizio Romano, two familiar names will be making the move to United along with Ten Hag.

Mitchell van der Gaag, who is the current assistant manager at Ajax, has been strongly linked with a move to United and as per the report, he informed Ajax of his intention to follow Ten Hag three weeks ago.

Furthermore, former United coach Steve McClaren is also going to become part of the coaching staff. McClaren was Sir Alex Ferguson’s assistant for two years between 1999 and 2001, helping the side to the historic treble in 1999.