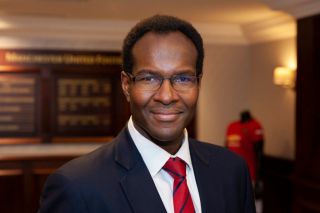 There are more changes taking place behind-the-scenes at Manchester United, with the club’s chief strategy officer leaving this week.

The Athletic claims Richard Arnold informed staff of Hemen Tyseayo’s departure in an email on Tuesday.

Tyseayo was responsible in helping list United on the New York Stock Exchange shortly after joining the club in 2012, after previously holding a position at international banking organisation UniCredit Group.

He also played a role in the launch of the United Women’s team in 2018, which is probably the highlight of his time at the club.

This news follows on from a number of departures in the backroom staff – including Matt Judge, Charlie Brooks, Jim Lawlor and Marcel Bout.

As an outsider, it’s hard to know what sort of influence Tyseayo really had at the club, but he probably had a heavy hand in operations since our club has been run by a banker in recent years.

Or is that just wishful thinking?