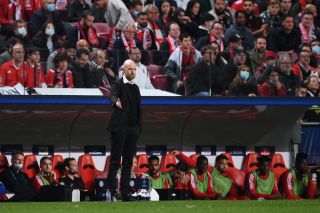 It’s going to be a busy summer for Manchester United.

Erik ten Hag will be planning to rebuild his team at Old Trafford, but I think everyone realises that it will take more than just one transfer window to get the players he needs.

According to The Sun, Manchester United have instructed agents to find the best possible free agents who will be on the market this summer.

Along with this comes an understanding that United will have to undergo a major rebuild after this season.

Reports in the media offer varying information on how much money Ten Hag will be allowed to spend in his first transfer window.

This is why United are chasing free agents this summer and there are usually a few good players on the market – like Paulo Dybala and Ousmane Dembele.

United also have a few players who will become free agents at the end of the season – including Paul Pogba and Jesse Lingard.

Dembele could sign a new deal at Barcelona but he is exactly what Ten Hag might want on the right flank.