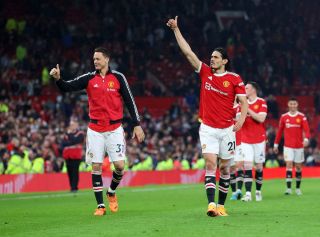 Manchester United are set for yet another busy summer following a series of blockbuster moves last year, which saw Jadon Sancho, Raphael Varane and Cristiano Ronaldo all join the club.

Ole Gunnar Solskjaer was sacked earlier this season despite signing a new three-year deal last summer, with yet another rebuild to commence at Old Trafford this year.

Erik ten Hag will be the man to lead the revolution and according to reports, United have denied suggestions that they have a fixed budget for the Dutchman’s first transfer window.

Read more: Rio Ferdinand apologises to Jose Mourinho over comments made in 2019

Reports of budgets ranging between £20m and £200m have been dismissed and should Ralf Rangnick have had his wish of signing a striker in the January transfer window, as he had asked for, that money would have impacted this summer’s spending power.

Furthermore, the club is expecting to save £50m on players leaving on free transfers. Paul Pogba, Nemanja Matic, Juan Mata, Lee Grant, Jesse Lingard and Edinson Cavani will all leave upon the expiry of their contracts this summer.

There could be a further windfall of cash, with question marks still hanging over several of the players. Marcus Rashford, Cristiano Ronaldo, Anthony Martial and Aaron Wan-Bissaka are some of the players with uncertain futures.

As per the report, Manchester United are open to listening to offers for Wan-Bissaka, who has stagnated in the last two seasons since his big-money move from Crystal Palace in 2019.