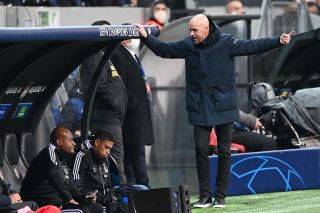 Manchester United confirmed the appointment of Erik ten Hag on a three-year deal last month and the Dutchman will assume responsibility for the Reds at the end of this season.

Although the 52-year-old’s appointment was confirmed relatively early, no light has been shed on who his backroom staff will be made up of.

Transfer specialist and journalist Fabrizio Romano has now confirmed that Mitchell van der Gaag, Ten Hag’s current assistant in Amsterdam, is the club’s next target and that the club is working on securing his services, as seen below.

Manchester United are working on the details of the contract to bring Mitchell van der Gaag at the club from Ajax, as part of Erik ten Hag coaching staff. 🔴🇳🇱 #MUFC

Van der Gaag has been considered an important addition for months – agreement getting closer. Talks ongoing.

As per the report, United are working on the details of Van der Gaag’s contract, with the Dutchman believed to be joining as Ten Hag’s right-hand man.

Van der Gaag has been considered an ‘important addition’ for months, and an agreement is now said to be getting closer but talks are still ongoing.

SN’s verdict…
It should be seen as a huge boost if Ten Hag is able to land the backroom staff he wants. Ole Gunnar Solskjaer’s staff was ill-advised and Jose Mourinho’s was torn apart after two years.

Ralf Rangnick’s makeshift backroom team has been mocked publicly so the importance of having the right people doing the work behind closed doors should not be underestimated.