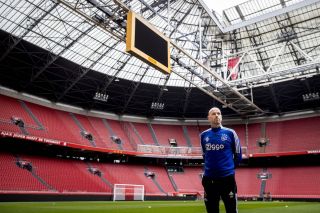 It sounds like Erik ten Hag is stamping his authority quickly after becoming Manchester United manager.

If it’s one thing these players don’t deserve, it’s an easy ride under the new boss — because they have thrown the towel in far too many times under previous managers.

It has been reported that Ten Hag has placed his first demand on the United players – to return two weeks early for pre-season training.

According to The Mirror, Ten Hag is not impressed by the performance levels shown by the United squad after remotely watching some of our recent matches.

We’re sure that he is appalling by the lack of respect the players have shown interim manager Ralf Rangnick. That is why he must quickly flush the bad personalities out of the dressing room, which could take time when you consider how bad United’s recruitment policy has been in recent years.

As a modern manager, who pushes his players to press hard against the opposition, you can tell that this will be a rude awakening for some players.

Ten Hag has recently been said to note that the United squad is well off the standard required to survive the rigors of what will be asked of them when he begins work at Old Trafford.

The incoming manager plans to introduce an arduous pre-season program to get them up to speed before the new campaign kicks-off in early August.

It’s time for the players to buckle their seatbelts!