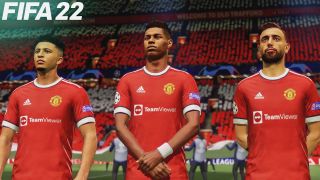 It is the end of an era for football fans who have grown up enjoying the partnership between EA Sports and FIFA.

Following months of rumours, it’s official – FIFA, as we know it, will soon see its title change.

The governing body of football and Electronic Arts, who produce the game, have been unable to renew their agreement for the coming years. This means the last edition of the game under the current name will be FIFA 23.

FIFA wanted EA to pay double the $150m it currently does and also wanted to sell its name to other games developers. Months of wrangling ended in what EA’s separation describes as an “amicable” split. Qatar and 2023 Women’s World Cup will feature in last edition out in September

EA Sports will continue to produce the video game in the form of its new franchise, known as EA Sports FC.

In a statement released on Tuesday afternoon, EA Sports made it clear that not all that much is changing.

“Everything you love about our games will be part of EA SPORTS FC – the same great experiences, modes, leagues, tournaments, clubs and athletes will be there. Ultimate Team, Career Mode, Pro Clubs and VOLTA Football will all be there.

“Our unique licensing portfolio of more than 19,000+ players, 700+ teams, 100+ stadiums and 30 leagues that we’ve continued to invest in for decades will still be there, uniquely in EA SPORTS FC. That includes exclusive partnerships with the Premier League, La Liga, Bundesliga, Serie A, the MLS – and more to come.”

An EA Sports spokesperson confirmed that work is current underway on the next instalment of the game, in time for the new football season.

“We are committed to ensuring the next FIFA is our best ever, with more features, game modes, World Cup content, clubs, leagues, competitions, and players than any FIFA title before.”