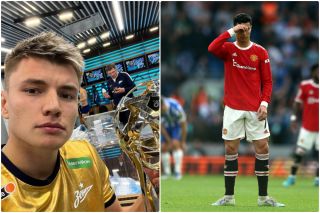 Even the social media team at Zenit St Petersburg are joking about Manchester United.

After winning the Russian Premier League, the club’s official account tweeted: “Hey @ManUtd fans, this is what a trophy looks like!”

Hey @ManUtd fans, this is what a trophy looks like! 👀🏆 pic.twitter.com/XzxVMefZb3

Of course, it has been five years since United last won a trophy.

It is a horrible run that we hope Erik ten Hag can stop in the near future, but fans must be patient with the new manager because he has a huge job on his hands to turn things around at Old Trafford.

If United fail to beat Crystal Palace in our final game of the season, there’s a chance we may even miss out on the Europa League.

None of us want to be watching Europa Conference League football next season.