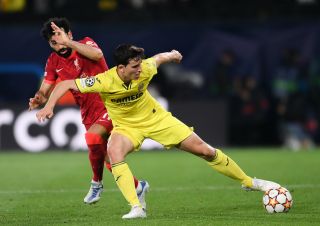 It sounds like Manchester United are considering a move for Pau Torres again.

The Villarreal defender was initially linked to Manchester United last year, but the Red Devils opted to sign Raphael Varane from Real Madrid instead.

Now it is claimed that the Spanish defender is one of three or four options for United in the transfer market.

That’s according to Fabrizio Romano, but it is important to note that nothing that has been decided between Erik ten Hag and the board. I wouldn’t expect to know who the prime targets are until the Eredivisie season ends because their coach is currently focused on winning a third league title.

The Italian journalist adds that Torres has a €55-60m release clause in his current contract.

Manchester United are discussing Villarreal’s Pau Torres as one of 3/4 options for the new centre back. No proposal made yet, as it depends on Erik ten Hag decision and Man Utd board changes. 🔴🇪🇸 #MUFC

Torres, 25, has built a superb partnership with Raul Albiol at the heart of Villarreal’s defence – going on to become a full Spanish international and I would be surprised if he didn’t make Luis Enrique’s squad ahead of the World Cup in Qatar.

After making 130 first-team appearances for La Roja, Torres has also earned links to European champions Chelsea. He played a key role in Villarreal’s run to the Champions League semi-finals before losing against Liverpool.

Torres would see Ten Hag with a better defensive option than Harry Maguire and Victor Lindelof.