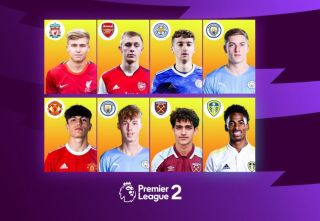 Alejandro Garnacho has been nominated for the Premier League 2 Player of the Month award for April.

After a string of standout performances throughout the season, the Argentina-Spain winger came off the bench in last Thursday’s 1-1 draw with Chelsea at old Trafford, to make his first-team debut.

Days later he scored for the youth team against Liverpool in the Premier League 2. Unfortunately, that game ended in defeat for the young Reds, but Garnacho is still up for an individual award for his efforts in April.

Garnacho has been nominated by the Premier League’s Football Development Panel, after PL2 club coaches picked the best performance by an opposing player in each of their league matches in April – the Panel will also select the winner.

We hope that he can top everything off by helping United win the FA Youth Cup final against Nottingham Forest this week.