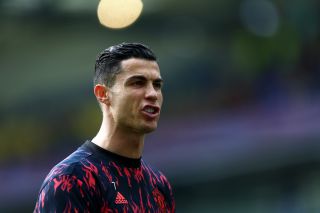 Some Manchester United players face wage reductions of up to 25% after failing to qualify for the Champions League this season.

It’s too late to set the record straight now that it would be mathematically impossible for Manchester United to qualify for the Champions League.

To make matters worse, after losing 4-0 to Brighton on Saturday, United have statistically had their worse season since the Premier League began.

However, it is not only the club that will suffer by these failings, but the players are set to be hit financially too.

According to the Daily Mail, some United players are set to lose up to 25% of their wages for next season after the team failed to book a place in next season’s Champions League.

This is likely to spark transfer rumours about Ronaldo’s future, but we have not seen anything to suggest he won’t be at the club next season.

It makes sense that a number of players will be hit for their performances this season. Ronaldo is one of a few who has made a positive contribution.