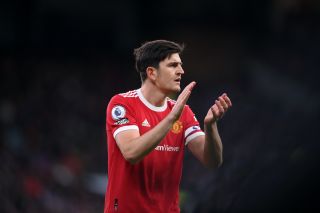 Harry Maguire is back in the Manchester United squad to face Brentford this evening.

The skipper has recovered fro a knee injury which has kept him out of action for two matches. He ended up missing the final home game of the season after what has been a difficult campaign for everyone at the club.

Teenage left-back Alvaro Fernandez is also included in the squad and looks set to be named among the substitutes for a third successive Premier League. We hope that he can go one step closer to the pitch by coming off the bench.

On Friday, Ralf Rangnick confirmed that Marcus Rashford will miss out through illness, so there is room for changes in the team.

There is a place in the squad for Jesse Lingard after not being granted a farewell appearance at Old Trafford on Monday night, and he could be the one to stand in Rashford’s place.