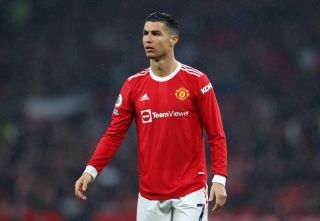 There has been doubts raised over Cristiano Ronaldo’s future following the appointment of Erik ten Hag, but it sounds like the incoming manager wants him to remain at Old Trafford for the last year of his contract.

As Ten Hag makes fresh plans for his United side, the Dutchman is understood to not be averse to building the team around Ronaldo next season.

The Portuguese superstar has provided goals in an underperforming United side this season and it makes perfect sense that the new manager wants to work with him.

Ronaldo has scored 24 goals in 37 games in all competitions this season.

According to The Telegraph, Ten Hag believes it would be foolish not to retain the 37-year-old forward whose goals have carried the team in a hugely disappointing campaign.

Ronaldo will be one of the first players Ten Hag talks to when he arrived at Old Trafford, with plans to keep CR7 as a key player moving forward.

That being said, the Dutch coach will make Ronaldo aware that he should not expect to start every game, and this will be presented as an attempt to look after him and manage his playing time. This is something I feel should have been addressed when Ronaldo initially returned to the club.

With injuries and Mason Greenwood’s ongoing situation, though, it’s clear that United did not expect to be short in the striking department this season. Hopefully they address that by selling Anthony Martial and signing a young goalscorer in the summer transfer window.