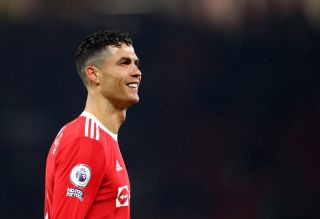 Manchester United talisman Cristiano Ronaldo has secured yet another Player of the Month award at the club, having been in sparkling form in April.

The prize is Ronaldo’s fourth in his first season back at the club, which was seen him cross the 20-goal mark for the umpteenth time in his career.

Ronaldo scored five goals in as many games in April, which also earned him a nomination for the Premier League’s own award – you can vote for the 37-year-old here.

With just two games remaining this season, Ronaldo will be hoping to hit the 20-goal mark in the Premier League this season and considering his dazzling form of late, the Golden Boot is not out of reach.

He currently stands four goals behind Mohamed Salah in the standings but amid the Egyptian’s struggles for form, Ronaldo will fancy securing that accolade for the second time in his career.