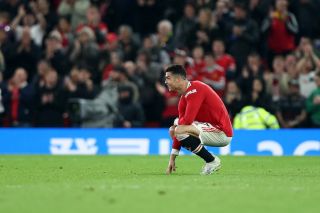 Cristiano Ronaldo got his name on the scoresheet against Brentford at Old Trafford on Monday night.

The Portuguese superstar has now scored 18 goals in the Premier League this season, matching his tally of the 2008/09 campaign.

Ronaldo will go into United’s last two games of the season – against Brighton and Crystal Palace – focused on getting to the 20-goal mark.

The news that Erik ten Hag is looking forward to working with Ronaldo at United will be welcomed by fans. Even though he is 37-years-old and not the player he used to be, Ronaldo has been one of our few shining lights this season.