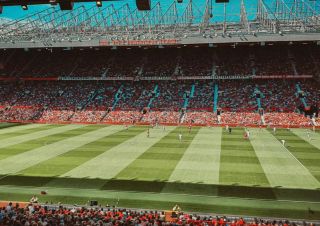 It is no secret that Manchester United has one of the biggest and most passionate fan bases in the entire world.

In fact, Deloitte recently estimated that the team has approximately 75 million fans worldwide and also sports the third-highest social media following after only Barcelona and Real Madrid. Manchester United fans are known to back their boys regardless of whether they win or lose.

This is undoubtedly welcome news for the team, especially considering what a poor season they have had thus far. Here are just a few reasons why the fans of the Red Devils are considered to be the best in the world.

They Aren’t Afraid to Travel

Manchester United fans are not afraid to travel to see their favourite team in action. According to statistics, the team’s fans collectively travel further than the fans of any other team in the world. At every home match, there are hundreds of out-of-towners that travel from as far afield as Ireland, Europe, and even the Middle East. United fans travel, on average, 77 miles to attend a home match. Liverpool fans are not far behind in this respect, travelling 74 miles on average. Even when United plays an away match, there is often more support for the visitors than for the home team.

They Know How to Have Fun

Even when United fans have to resort to watching a match on television, they make the most of it. Popular match-day activities include meeting up with other supporters at a local pub or restaurant or organising a get-together at home. Regardless of where a match is being watched from, a certain degree of buffoonery is bound to ensure. Drinking games that involve aspects of the game are a popular activity as is playing other match-related games. Customised premier league bingo cards can provide hours of fun as fans try to be the first to complete their cards by ticking off options ranging from penalties scored to goalkeeper blunders.

They Have Chanting Talent

Every match day, fans pack out Old Trafford and away venues, ready to support their team. Although most teams have fans that like to chant and sing at matches, there aren’t many that can compete with Manchester United’s supporters. The team not only has the most soccer chants and songs dedicated to them but also arguably the best. Over the years, quite an extensive songbook has been compiled with most of the entries originating from the renowned Stretford End. At an estimate, there are 35 songs about the team itself, 73 about current and past Manchester United players, and 29 about opposing teams. A total of 34 albums containing songs about the team have also been released and there are undoubtedly many more to come.

As one of the most popular soccer teams in the world, it is really not surprising that Manchester United’s supporters are hailed the best in the world.  Even if their team is not playing particularly well, the Red Devils supporters will continue to stand behind their boys in red.