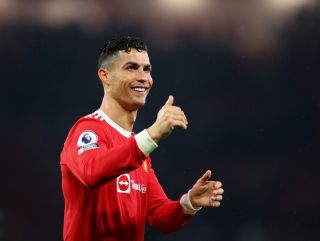 In a new column, transfer guru Fabrizio Romano reveals what he knows about Cristiano Ronaldo’s future at Manchester United.

David Ornstein of The Athletic said earlier this week that he has been given no indication that the Portugal star will be leaving Old Trafford this summer.

The latest from Romano’s Caught Offside column suggests that Ronaldo is not in the process of deciding his future right now because his current contract is valid for another year.

Romano writes: “His contract is valid for another year and his hope is to stay at Manchester United, but only if Erik ten Hag is really sure he can believe in Cristiano as the key player for next season’s team.”

Ronaldo, who wants to stay at United, will meet with new manager Erik ten Hag later this summer to discuss his role in the team. No problems are expected going into these meetings, but Ronaldo’s agent Jorge Mendes will be expecting some clarity.

Being a key player for next season comes down to Ronaldo and his team-mates. I wish they would all accept that it’s not about being the key player anymore but a functioning team instead.

This is something I suspect Ten Hag will try to address over the coming years.

Romano concludes: “My understanding is also that Cristiano would have no problem accepting the arrival of another striker on the market – Man United will 100% sign a new central striker but this is not linked to the future of Cristiano Ronaldo. There is an obvious need to replace Edinson Cavani, whose contract is about to expire, while there are also issues with players like Rashford and Martial, who aren’t providing enough goals for the club at the moment.”

Ronaldo staying put for another year is good news for United in my opinion. I can’t see how we improve without his goals next season.

The Portuguese superstar would have countless offers if he decided to leave Old Trafford this summer.