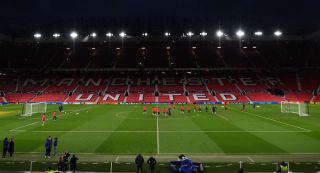 Manchester United season ticket holders will be granted more flexibility over whether they want to opt in or out of cup competitions from next season.

After years of lobbying by MUST, Manchester United has today announced that the compulsory nature of the automatic cup scheme (ACS) has been removed and no support will be forced to purchase cup matches any longer.

On top of that, season ticket holders will now have full choice to buy a Season Ticket by competition, including each cup competition. That also means there is a new option for supporters to obtain a Cup Season Ticket if they wish to.

United will compete in the Europa League next season if they finish fifth or sixth in the Premier League.

United chief operating officer Collette Roche said (via The Athletic): “When the Fans’ Advisory Board (FAB) asked us to review our season ticket policies, we were pleased to work with them to explore options for providing fans with more choice and flexibility.

“We recognise that not all season ticket holders are able to attend every home game over the course of the season, and given the high demand, we want to increase the opportunities for official members to access seats that would otherwise go unused.

“We have listened to fans’ opinions and worked closely with the FAB and Fans’ Forum to agree reforms that will allow each season ticket holder to choose the option that works best for them. We believe this new offer provides flexibility and fairness for both our season ticket holders and official members.”

We also welcome the roll out of a buy back scheme whereby season ticket holders who cannot attend a game will be able to directly receive payment back from the club.

This all comes as a result of years of direct engagement between fan groups like MUST, and more recently on the Fans’ Forum. It’s about time the club listened.