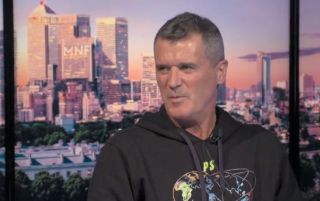 It has been a terrible season for United on the pitch but Keane believes the players will want to give the fans something to shout about tonight since it will be our final home game of the season.

Keane was speaking to Sky Sports ahead of tonight’s Monday Night Football show, which begins at 7pm – an hour before kick-off, when he said: “Brentford at home, you shouldn’t be too worried about them.”

🗣 “Brentford at home, you shouldn’t be too worried about them.”

Roy Keane on Brentford possibly being a banana skin for Manchester United. pic.twitter.com/HCQkYgvBMV

Unfortunately, we don’t have a lot of players to think like Keane does, which is why he was a winner throughout his time at the club.

Every time Keane stood out on pitch he did his utmost to give something back to the fans.

Brentford are currently 14th in the Premier League but United have struggled against relegation bound teams this season.

We can’t take any side for granted right now.