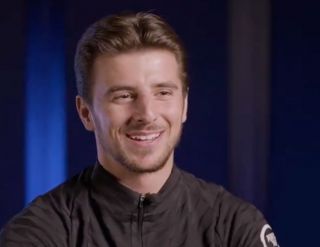 Chelsea midfielder Mason Mount has named Manchester United star Cristiano Ronaldo as someone who has had a big influence on his career.

Mount has emerged as one of the best young attacking midfielders in the Premier League after he was handed a chance by former manager Frank Lampard.

Obviously, every footballer grows up having idolising an icon or two and Mount has listed Ronaldo as someone he has looked up to.

“I think everyone has seen the video of when I was younger basing my free kick off him. I always watched him very closely when he was at United as a young kid. I loved the way he played, his free kicks,” said Mount, speaking to Amazon Prime Sport.

From idolising @Cristiano, to playing against him…

There is also some old footage we found thanks to Twitter, with a much younger Mount in the Chelsea academy telling the camera he models his free-kicks on Ronaldo.

In fairness, Mount’s hairstyle has improved down the years.