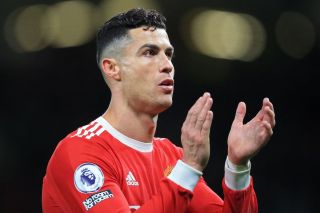 Hat tip to the Manchester Evening News for some groundbreaking news on Sunday.

The MEN has boldly claimed that Manchester United players intend to do what they and every other football team does at the end of the season by embarking a ‘lap of appreciation’ around Old Trafford after tonight’s game against Brentford on Monday night.

A lot of the players have some making up to do for this season – not just because the vast majority have performed abysmally, but on a number of occasions this season they’ve not acknowledged our away following, something I strongly believe is the best in the league.

The Manchester Evening News claims that the players will brave angry fans with a lap of honour, which is extremely exaggerated, especially if the planned protest takes hold and fans leave after 73 minutes.

For those unaware of the protest and those who wish not to the follow it for whatever reason, there shouldn’t be fear of wrath from the fans because they will rejoice in knowing this their last trip to Old Trafford this season.