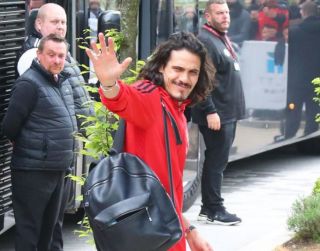 Manchester United take on Brentford tonight in the last home match of the season.

Fans will rejoice at full-time knowing that will be their final trip to Old Trafford after what has been a horrific campaign, with two away games to follow.

A massive kudos goes to the travelling Reds who will be at Brighton and Crystal Palace — as loud as ever — because they’ve been one of our shining lights this season.

Hopefully the players actually show some appreciation for the Old Trafford faithful tonight and we can see from the squad tonight that there might be an opportunity for some of the younger lads to get a chance.

The Manchester Evening News has published a squad list after photographers got pictures of the players arriving at the team hotel, with the pictures later shared on Twitter by @utdreport.

Youngsters Alejandro Garnacho and Alvaro Fernandez have made the squad to play Brentford, along with Edinson Cavani for the first time since United’s defeat against Atletico Madrid in the Champions League in March.

Argentinian forward Garnacho made his United debut against Chelsea last week with a cameo appearance, but Fernandez is waiting patiently for his first outing with the seniors after impressing in the academy.

Cavani is not expected to start tonight, while Harry Maguire appears to be missing from the squad again.