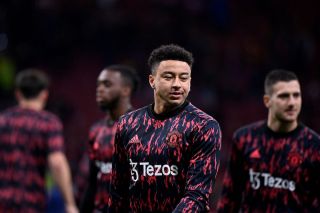 Manchester United are set for another busy summer this year and despite spending heavily in past windows, another splurge is expected as Erik ten Hag looks to recover the club from ruins.

The Dutch manager is likely to revamp the squad with incomings but funds will need to be collected through sales but United’s poor investment retainment structure has come back to haunt them.

Up to six senior squad members are set to leave the club on free transfers, with Jesse Lingard among a host of midfielders due to depart Old Trafford.

Lingard enjoyed a stellar six-month loan at West Ham last season and earned a place in the England squad. With one year remaining on his contract, the 29-year-old decided to stay and run his contract down.

He has been linked with several Premier League clubs, including a return to West Ham, but according to reports, two Serie A clubs are leading the race to sign him.

That’s according to ESPN, who claim that Juventus and AC Milan are leading candidates to swoop in for United’s outgoing star. As per the report, Lingard’s departure on a free transfer is certain and tonight’s game against Brentford will be his last at Old Trafford.

Paul Pogba, Nemanja Matic, Edinson Cavani and Juan Mata are all also expected to leave on free transfers this summer.

SN’s verdict…
After that scintillating loan spell at West Ham, many would have thought that Lingard had a role to play at United this season but his minutes have been limited and an exit was inevitable.

There is an argument to say that United should have sanctioned his exit last year and recouped some of the money lost on other transfers but the club has made a habit of losing the entire value of its investments.

Regardless, Lingard remains one of the success stories of the Manchester United academy and should he return to Old Trafford for another team, he will be warmly welcomed.