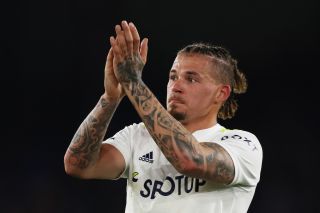 Erik ten Hag seems to have been dealt his first blow as Manchester United boss and it’s come before he’s even started. The 52-year-old is set to take charge of the club this summer after signing a three-year deal, with an option of a further year.

Ten Hag will embark on the biggest rebuild job in modern history at Old Trafford and ultimately, the quality of the squad he constructs will be the aspect he’s mostly judged on.

Signing at least one midfielder is a priority for United, with two senior figures leaving the club on free transfers in Nemanja Matic and Paul Pogba.

Leeds United midfielder has been linked with a controversial move to United in recent weeks but those suggestions have now been disputed.

According to the Daily Mail, the 26-year-old midfielder will resist any attempt made by United to sign him due to the fierce rivalry between the two clubs.

Phillips is said to be aware of what such a move could do to his relationship with Leeds supporters and would be opposed to making the forbidden transition.

Alan Smith and Eric Cantona, among others, infamously made that exact move and there was no love lost from the Elland Road faithful, who made their feelings towards the strikers when they returned to their old stomping ground.

Phillips has two years left on his current contract and according to the report, has told his club that he would like to sign a new deal. Any such even would most likely rule out a move to any club this summer.

SN’s verdict…
Despite the midfielder insisting that he would not go through with a move to United, when push comes to shove, trading relegation fodder for regular European football could prove to be an opportunity too good to pass up on.

It remains to be seen whether United act on their supposed interest in Phillips but not securing his services would be no great loss for the club, with plenty of viable alternatives out there.

Ten Hag is weeks away from getting to work at Old Trafford and if his stint at Ajax is anything to go by, the Dutchman certainly has an eye for shrewd signings.