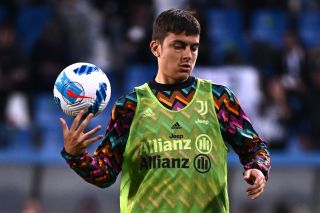 Manchester United are one of four Premier League clubs to make contact with Juventus star Paulo Dybala’s entourage, according to reports. The Argentinian forward is set to leave the Serie A club this summer after running down his contract.

Dybala is Juventus most important player and he dealt the Old Lady a heavy blow earlier this year after it was confirmed that he would not be committing his future to them, putting several European superclubs on high alert.

United are said to be one of those clubs, with the United hierarchy making contact with Dybala’s entourage to explore the possibility of a free transfer, although nothing is advanced.

That’s according to ESPN, who add that Arsenal, Newcastle and Tottenham are the other Premier League clubs to have reached out as well. Unnamed clubs in Spain in Italy are also interested in the 28-year-old. Statistical website Transfermarkt value Dybala at €40m, making a free transfer a coup for any interested party.

Dybala was agonisingly close to signing for United in 2019 when the club had agreed a swap deal with Juventus, with Romelu Lukaku going the other way. A deal collapsed at the 11th hour, however, and Lukaku ended up moving to rivals Inter instead.

SN’s verdict…
United are expected to make wholesale changes to their squad this summer and adding firepower to their frontline will certainly be high on their list of priorities. Edinson Cavani will leave the club on a free transfer, Anthony Martial could also depart whilst there are major concerns over Marcus Rashford’s form.

Dybala’s flourishing partnership with Ronaldo over their three years together in Italy could sway United into making a concerted effort into signing Dybala.

The deal to sign the former Palermo star in 2019 collapsed to due Dybala’s high wage demands but should United have the chance to bring the forward to Old Trafford, it might prove to be an opportunity too good to pass up on.