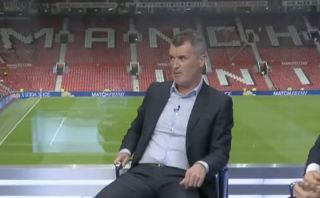 Roy Keane isn’t known for his compliments but the hard-hitting Irishman clearly knows talent when he sees it.

The Red Devils were in Premier League action on Thursday night against rivals Chelsea.

Although Thursday’s match at Old Trafford was a largely dull affair, one of the moments of the game once again came from Ronaldo who single-handedly dragged his side level after Marcos Alonso fired the Blues into a second-half lead.

Despite being subject to a lot of criticism this season, Ronaldo has silenced the majority of his critics by scoring 17 Premier League goals.

Speaking after the game at Old Trafford, Roy Keane weighed in on the argument of whether or not Ronaldo really is the side’s problem.