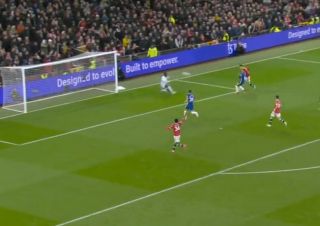 Cristiano Ronaldo inevitably volleyed home an equaliser to for Manchester United at home to Chelsea.

Chelsea took the lead through a Marcos Alonso volley, but the inevitable Ronaldo equalised shortly after.

Ronaldo leathered the ball past Edouard Mendy to equalise at Old Trafford. The goal saw Ronaldo move into joint second in the top Premier League goal scorers for the season.

Pictures below from Sky Sports.

Cristiano Ronaldo, who else.

The goal could push United on to give them a fighting chance of landing in a European place at the end of the season.