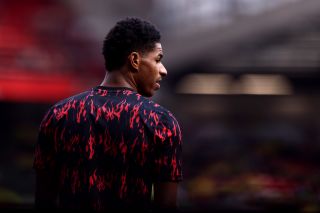 Manchester United are back in action on Thursday as they welcome Chelsea to Old Trafford. Thomas Tuchel’s side are preparing for an FA Cup final next month and have already all but sealed Champions League qualification.

Manchester United, on the other hand, have very little to play for and interim manager Ralf Rangnick admitted following the 3-1 defeat to Arsenal that a top-four finish is out of reach.

So there’s not much at stake for either side except for pride and if recent performances are anything to go by, that is unlikely to get a performance out of this United squad.

Erik ten Hag, who is chasing a third Eredivisie title with Ajax, will take over this summer and will be keeping a keen eye on developments at Old Trafford, with some players playing for their futures at the club.

Ahead of the game, Rangnick confirmed that a host of players remain unavailable for the visit of Chelsea, whilst Harry Maguire and Jadon Sancho have also been ruled out.

Maguire was dropped to the bench against Arsenal last week and there are now doubts he will feature again this season. Sancho’s absence will likely mean that Rashford is recalled.

The game could offer Rangnick a chance to play some of the younger players, with Hannibal Mejbri being handed his first appearance of the season at Anfield earlier this month.

He has, however, shown a tendency of mainly using the senior squad – even if most of the players he has turned to are guaranteed to be leaving this summer.