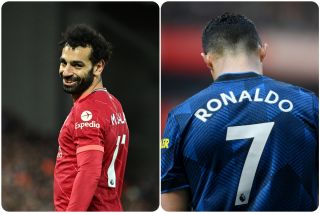 The Portuguese superstar may be 37-years-old, but that has not stopped him being United’s main goalscoring threat and we hope to see him remain at the club next season to work under Erik ten Hag.

Ronaldo is currently third in the 2021/22 Golden Boot standings, six goals behind Liverpool talisman Mohamed Salah, who is on course to win the award.

Tottenham forward Son Heung-min is in second place with 17 goals – one more than Ronaldo.

Hopefully Ronaldo can add to his tally tonight when United take on Chelsea.

Let us know in the comments section if you think Ronaldo will catch up with Mo Salah with four games left to play? It’s a big ask.