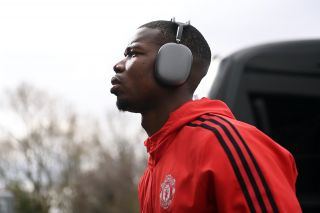 Barcelona and Real Madrid are reportedly set for talks over a possible move for Paul Pogba.

A decade on from his switch to Juventus, the Frenchman midfielder looks set to leave Manchester United after running down his contract for a second time, despite costing the club £90 million back in 2016.

Juventus and PSG are among the potential suitors for Pogba this summer.

The Telegraph believes the two Spanish giants are ready to hold talks with the World Cup-winner.

Here are the clubs Sky Bet are currently pricing as favoruites to sign Pogba in the summer transfer window: