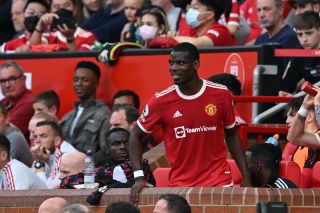 Paul Pogba is yet to decide on his next club as he prepares to leave Manchester United on a free in the summer.

The Frenchman will be free to leave United for any club he desires when his contract expires at the end of the season.

According to Sky Sports, Pogba has not received any contract offer from United since last summer and is set to leave Old Trafford for a second time. The same report claims a host of European clubs – Real Madrid, Barcelona, Paris Saint-Germain and Juventus – are all interested in the 29-year-old.

Juventus may struggle to pay his wages but that wouldn’t be a huge problem if Pogba really wanted to return to Turin – and if he wasn’t motivated by money.

Of course, Pogba’s representatives want the media to believe that the player’s choice will be a “football decision”, to shoot down any claims that he is motivated by money. It’s an acquisition I don’t think is wide off the mark.

That said, Sky Sports don’t believe Pogba will get a better deal than what United offered him to stay last summer.

Let us know in the comments section where you think Pogba will end up next season?