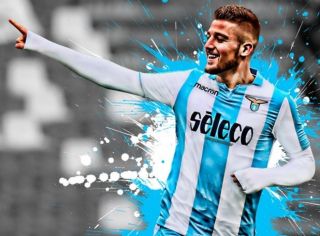 I think it would be fair to say Sergej Milinkovic-Savic gets linked with a move to Manchester United every summer.

Although we know he was on Jose Mourinho’s transfer list at one point while manager at Old Trafford, it now seems like the Italian press will try to recite old claims because there is a strong possibility Lazio will look to cash in this summer.

Milinkovic-Savic was considered as a potential replacement for Paul Pogba, who now looks certain to leave United in the summer when his contract expires.

Today, a report once again claims United are interest in signing Milinkovic-Savic, as per Ekrem KONUR, who works for Italian outlet Calcio In Pillole.

🚨 Manchester United are in talks with Lazio for the transfer of Sergej Milinkovic-Savic. #MUFC #SSLazio pic.twitter.com/1iADLYwpRp

This follows a report from Italy that suggested United had made a huge offer for Milinkovic-Savic in attempt to beat Paris Saint-Germain to his signature this summer.

According to Il Messaggero (H/t The Laziali), United have submitted an offer worth close to €80 million for the midfielder. The offer was supposedly presented to Lazio president Claduio Lotito by the player’s agent Mateja Kezman.

The report stresses that Lotito is hoping to see a bigger offer from PSG.

Let us know in the comment section if you think United will move for Milinkovic-Savic this summer.