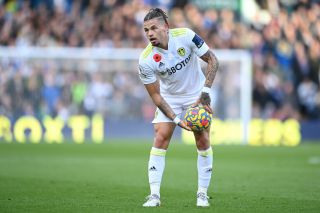 The central midfielder has become a regular in Gareth Southgate’s side – playing in midfield alongside fellow transfer target Declan Rice, but he is seen as a cheaper alternative to his fellow countryman.

Although his season has been hindered by injuries, Phillips has often been linked with moves to the Premier League top six. The Manchester Evening News recently claimed United were working on a deal to sign the England international.

It’s clear that United need to bolster their midfield options this summer. The club should be looking for recruits in reaction to the departures of Nemanja Matic, Paul Pogba and Jesse Lingard.

Now, The Athletic has backed up claims that Phillips has been identified as a target by chiefs, with United exploring a possible move for him. They add that United have yet to speak with the player directly, however, I’m sure they have done their homework through third parties.

The reason I say that is, I don’t think United would waste time moving for a player who isn’t interested in moving to Old Trafford. Phillips is apparently Leeds true and true, but something tells me the club has received some sort of encouragement from his camp at least.

Laurie Whitwell and Phil Hay report: “Sources say Manchester United have begun exploring, via intermediaries, the prospect of a transfer worth £50 million, although there has been no direct contact between the clubs, and none with Phillips either.”

Could Phillips become Erik ten Hag’s first signing and does he fit the bill for the kind of defensive screen the team has needed for several years?