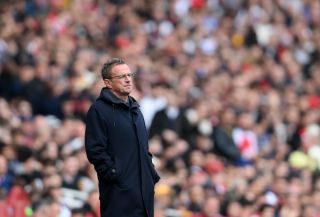 Ralf Rangnick has been interim manager at Manchester United for 5 months.

In terms of results, I think things have arguably got worse but this is a dressing room that has thrown the towel in on multiple managers. A lot of these players can’t be trusted.

I'm not disrespecting Ole but he covered a lot. Rangnick has exposed the entire organisation.

Rangnick will hopefully expose more in his role as an advisory.