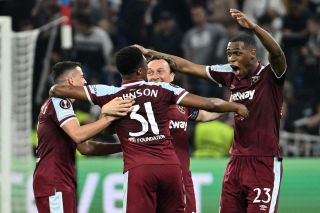 Manchester United could make a move for 25-year-old defender Issa Diop in the summer.

According to Foot Mercato, the player has already had contact from United and he was watched closely by Ralf Rangnick in the past. The report claims United opted to sign Harry Maguire instead of Diop in the summer of 2019 but they are supposedly among the clubs interested in his signature this summer.

AS Monaco are also linked with a move for the defender.

It doesn’t sound like an exciting transfer when you note how the French defender has struggled for regular game time at West Ham this season, but that would suggest his agents might be on the phone looking for a summer move.

The final decision on transfers will be made by new manager Erik ten Hag.

United are also being strongly linked with a move for Villarreal defender Pau Torres. It will be a task for Ten Hag to find the right partner for Raphael Varane at centre-back.

On top of that, the Dutchman will hope Varane avoids injuries next term. The Frenchman has spent a lot of time in the treatment room since joining from Real Madrid.