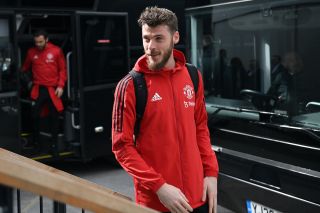 Last night we tipped our hat to the Transfer Exchange Show for being first with the news that Manchester United have listed Pau Torres as a transfer target this summer.

The mainstream media jumped on board days after TES’ tweet.

That same account has shared more information related to Manchester United – focusing on David de Gea, with many fans being of the opinion he will struggle to adapt to Erik ten Hag’s style of football.

The Dutchman sees his goalkeeper as an 11th outfield player – they must be comfortable keeping possession and be willing to come off their line, so you can see why there is concern over De Gea’s suitability.

However, TES claims De Gea could be installed as club captain by Ten Hag – after previously turning down the role when it was offered to him by Ralf Rangnick.

This means that De Gea could replace Harry Maguire as club captain next season.

David de Gea could be installed as club captain by new boss Erik ten Hag, the Spain international turned down the role when it was offered to him by Ralf Rangnick but he may think twice when the Dutchman arrives. #MUFC 🔴⚫⚪ #ManUnited pic.twitter.com/EnY3GKY5AI

Let us know in the comments if you think De Gea can adapt to Ten Hag’s demands?