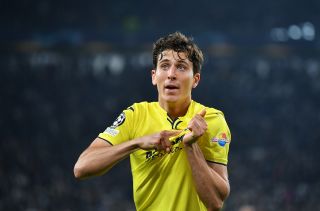 The Spanish centre-back has interest from Manchester United and Manchester City, while Chelsea have asked scouts to follow him closely.

That is according to reliable journalist Fabrizio Romano.

He adds that Torres has a release clause valid this summer – amounting to €55/60m.

Pau Torres is attracting interest from top clubs again as his release clause will be valid this summer: €55/60m, available until the end of the market. 🟡🇪🇸 #transfers

Manchester United and Manchester City are both interested – Chelsea have also sent their scouts to follow him. pic.twitter.com/MH7bYNqe9h

Meanwhile, Matt Law of the Daily Telegraph claims Torres is considered one of the best left-footed centre-backs in Europe. He understands that United will sign at least one centre-back this summer.

🚨 #mufc's new manager Erik ten Hag will sign at least one new central defender. Villarreal's Pau Torres is considered one of the best left-footed CB in Europe, but Chelsea would face competition from Manchester United and potentially others #mujournal

With sanctions hanging over Chelsea’s head going into the transfer market, it remains to be seen how active they will be when it comes to recruiting players.