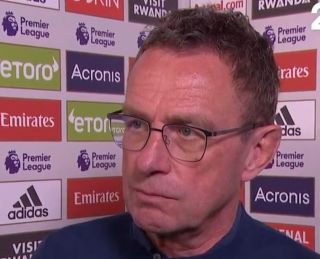 The German has questioned the recruitment at the club in recent years and thinks the current side has too many technical players lacking the physicality required in the Premier League.

All of his criticisms of United have been fair – but one reporter wanted to ask him if he can be happy with the job he’s done since coming in, with United’s form worsening from the days of Ole Gunnar Solskjaer.

His honesty has been a breathe of fresh air and, even in this interview, I think Rangnick comes across well.

Rangnick said he is not happy with United’s points tally and puts that down to conceding too many goals.

Ralf Rangnick has been very clear in his criticism of a lot of things at Manchester United. I tried to ask him a couple of critical questions about his own performances. #MUFC #2pl pic.twitter.com/R0Y689cftP 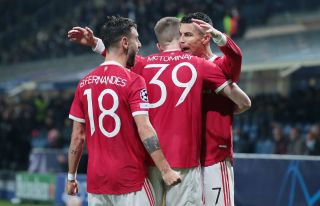 I don’t blame Rangnick for United’s shortcomings on the pitch. The real problems at our club exist at the very top. It’s clear that he is not quite cut out for management at the top, but his best work has always been building successful structures within football clubs.

United would be stupid not to listen to Rangnick’s advice in the summer. He would be an asset to John Murtough and Darren Fletcher.