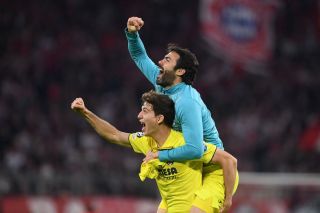 We’ve noticed how the mainstream media has jumped on the Pau Torres to Manchester United links in the last 24 hours.

It was well documented that United looked at the Villarreal centre-back last year before pursuing a deal to sign Raphael Varane. Twelve months on, the team is still weak defensively, though it is important to note that not having the Frenchman for spells due to injury has not helped the team.

Varane has been good. His injury record? Less so.

Reliable journalist Fabrizio Romano has said Torres is back on United’s list of targets this summer.

The Spanish defender is looking forward to a Champions League semi-final against Liverpool and it sounds like he could be part of Erik ten Hag’s squad at Old Trafford next season.

The Torres links came first from The Transfer Exchange Show – who actually claim that Torres is at the top of United’s wish list this summer. The tweet below was posted on April 20:

Manchester United have reignited their interest in signing Villarreal defender Pau Torres ahead of the summer transfer window.

United intend to sign another centre-back this summer, with Torres
at the top of United,s shopping list.#MUFC #MUFC_FAMILY #Torres pic.twitter.com/0tA9L97mdZ

Torres was also linked with a move to Manchester City this week.

Ajax defender Jurrien Timber is seen as another option.

We suspect Ten Hag will have the final say in the coming weeks.