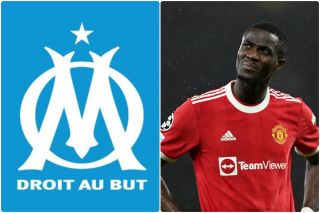 The reporter claims it would be a permanent deal and it would back up recent suggestions that Bailly will be transfer listed by the club this summer.

Hawkins tweeted (translated by Twitter): “OM are back on the attack for ManU defender Éric Bailly. Pablo Longoria attempted a loan in January. He is now leaning towards a transfer this summer. The Ivorian, who has several offers, particularly in Italy, will make his decision at the end of the season.”

Bailly was overlooked in the starting line-up at Anfield last week when Ralf Rangnick opted to go with Phil Jones. This felt like the final nail in the coffin for the Ivorian and that could be the case.

The 28-year-old has made just four appearances in the Premier League this season and it’s clear that Ralf Rangnick doesn’t rate him.

Surely his days at Old Trafford are numbered?