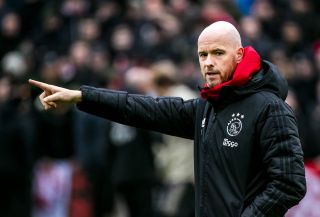 Ralf Rangnick is set to step aside from his interim role at the end of this season and Erik ten Hag, the current Ajax manager, is set to become United’s latest permanent manager after sealing a three-year contract last week.

The 52-year-old has earned a stellar reputation following his work at Ajax, with United moving quickly to secure his signature ahead of their biggest rebuild in almost 40 years.

Following the dismal 3-1 defeat to Arsenal over the weekend, reports emerged that Rangnick would be providing Ten Hag with a ‘dossier of shame’ on all United players in a bid to prepare him for the job.

Ten Hag will learn of the issues at the club first-hand sooner rather than later and there may already be trouble brewing. According to the Manchester Evening News, players at United are encouraged by Ten Hag’s coaching credentials after impressing with Ajax.

Ten Hag has won the Eredivisie title in both of his full seasons in charge of Ajax and was on course to win one in the 2019/20 season but the league campaign was scrapped due to the COVID-19 pandemic. Ajax are currently four points clear at the top of the table with as many games remaining.

A title-winning season in the Netherlands would confirm a third straight league title and cement his status as a proven winner when he walks through the doors at Carrington.

They do, however, hold some reservations over his appointment. As per the report, the players are concerned that Ten Hag may not have the ‘force of personality’ to turn United’s fortunes around.

SN’s verdict…
The current group of players at United are in no position to determine whether someone’s up to the task or not, especially after this disastrous season.

If the ‘dossier of shame’ provided to him by Rangnick doesn’t do it, he’ll learn quickly exactly what type of people he’ll be tasked with getting a tune out of. He will most likely be looking to get rid of many of them, with up to six players already confirmed as free agent exits.