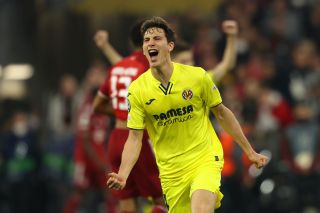 The Villarreal centre-back has gone from strength to strength after winning the Europa League against Manchester United last season, with the La Liga side now on an impressive run in the Champions League this season.

They recently beat Bundesliga champions Bayern Munich to advance into the semi-finals.

Torres has been a key figure in Unai Emery’s side, and he is now being linked with some of Europe’s biggest clubs.

According Cadena SER, Manchester City will rival United in their pursuit to sign Torres, who reportedly has a €60 million (£49.8m) release clause.

Moreover, the Manchester Evening News this week revealed that Torres has reemerged as an option for United in the upcoming transfer window.

After watching how United defended in recent weeks, I would be very surprised if Erik ten Hag doesn’t try to sign a centre-back.

Let us know in the comments section if you think Torres would be a good fit.