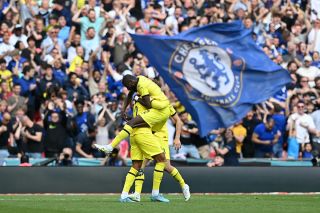 Antonio Rudiger’s future is up in the air.

The Chelsea defender is out of contract at the end of the season and his representatives have held talks with some of Europe’s biggest clubs about a possible switch from Stamford Bridge.

Rudiger is bound to take his time on deciding on his future, but that won’t stop interest from other clubs.

Fabrizio Romano has shared an update on the situation — stressing that Manchester United and Bayern Munich are out of the race to sign Rudiger.

PSG, interested. Man United and Bayern, out of the race… and Chelsea situation still not changed. pic.twitter.com/r0Ja1yMFxO

Chelsea’s recruitment and retention has been halted after Roman Abramovich’s UK Government sanctions.

An agent fuelled speculation about Rudiger this week after previously working as an intermediary for the Germany international. Saif Rubie posted a picture of Sir Alex Ferguson and captioned his post: “Let’s see if I can help revive this sleeping giant.”

United should be looking to bolster their defence in the summer, but Rudiger is bound to be asking for a huge pay package. That said, there is no denying that he would be an upgrade on Harry Maguire and Victor Lindelof.