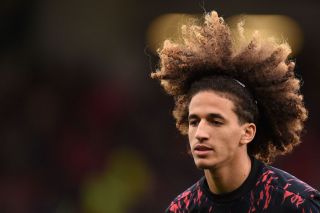 Manchester United are gearing up for yet another vital Premier League game as they face Arsenal at the Emirates Stadium on Saturday. Ralf Rangnick is desperate to win three points following the 4-0 loss at Liverpool and anything other than a win could end United’s season.

Rangnick was handed a big boost ahead of Saturday’s lunchtime kick-off, with top scorer Cristiano Ronaldo set to return to the squad. The 37-year-old missed the clash at Anfield after tragically losing his newborn son.

Scott McTominay is also available for the game and with United’s ongoing issues in midfield, Hannibal Mejbri could be given his first start for the club. The Tunisian talent made a brief cameo against Liverpool and impressed despite the heavy defeat.

Read more: Harry Maguire to be dropped from starting eleven against Arsenal

Harry Maguire is set to take a place on the bench and Raphael Varane is likely to replace the 29-year-old. Luke Shaw remains on the sidelines whilst Paul Pogba, Fred, and Edinson Cavani are all out for the Reds as well.

With very few players impressing in recent months, Rangnick could have a selection headache on his hands. Rashford’s form is perplexing and although Sancho has improved since the turn of the year, there’s no outright starter on the wings. Anthony Elanga has emerged as one of Rangnick’s favourites and it would be surprising to see him lose his place in the side.