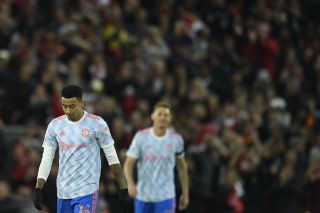 Newcastle could sell Miguel Almiron and bring in Manchester United midfielder Jesse Lingard on a free.

Lingard is out of contract at the end of the season when he will be free to join a new club.

According to Sky Sports reporter Keith Downie, speaking to GiveMeSport (cited by Caught Offside), Newcastle could sell Almiron this summer and replace him with Lingard.

Newcastle are expected to give their squad an overhaul in the summer.

We won’t lose any sleep over Lingard leaving the club because he has hardly played this season.

West Ham will also be in the running for his signature.