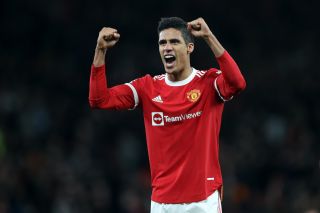 Manchester United interim manager Ralf Rangnick has confirmed that three key players will return to the squad to face Arsenal in the Premier League on Saturday.

Rangnick spoke to reporters at his pre-match press conference this afternoon and confirmed that Cristiano Ronaldo, Raphael Varane and Scott McTominay will be available for selection.

United have been without Varane and McTominay for a number of weeks, which has left Rangnick light in the midfield department.

Although it seems like we are out of the race for the top four after losing 4-0 to Liverpool on Tuesday night, but a win over the Gunners could put us back in with a chance…

I’m just not sure I can deal with anymore false hope this season.

Anyhow, Ronaldo returned to training this week following the tragic news of the loss of his newborn son, and Rangnick said he would be in contention to start against the Gunners.

Varane and McTominay are back from injuries.