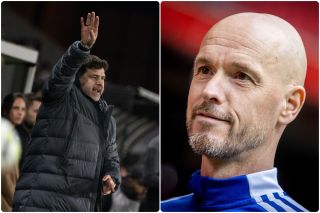 Mauricio Pochettino’s camp feel hard done by after being overlooked for the Manchester United managerial job.

The Paris Saint-Germain manager was previously seen as a frontrunner for the Manchester United job, on more than one occasion, although the club today announced Erik ten Hag as their new permanent manager.

According to the Daily Mail, United decided not to pursue Antonio Conte after they sacked Ole Gunnar Solskjaer in November and Pochettino’s camp feel that more effort could have been made to secure his services.

This tells you that Pochettino was desperate for the United job, despite being linked with the Real Madrid job as Carlo Ancelotti’s possible successor.

The Argentine’s future at PSG remains unknown and there is no denying that significant interest has dropped from clubs around Europe this season.

PSG were crowned Ligue 1 champions last weekend, however, a disappointing campaign in the Champions League has raised questions about Pochettino’s position in Paris amid questions over whether he is getting the most out of his team.

The Ligue 1 giants are set to lose star player Kylian Mbappe on a free in the summer to make matters worse.