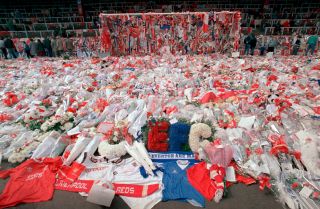 Liverpool have released a statement in response to the continuation of Hillsborough chants at football matches.

Some Manchester United fans were heard mocking the tragedy during Liverpool’s 4-0 win on Tuesday night at Anfield. This was after the home support showed their support to Cristiano Ronaldo and his family 7-minutes into the game.

“We know the impact these abhorrent slurs have on the families of the 97, those who survived, and all associated with this club,” the statement reads on Liverpool’s official website.

“We are working with the relevant authorities to do our utmost to ensure these chants are eradicated from football altogether and, where appropriate, bring the full force of the law and the game’s sanction process down on those who continue to sing them.”

Manchester United issued a statement on Wednesday stressing that they will talk to fan groups about educating fans on the matter.

We at Stretty News would like to express our deepest sympathies with the families, friends and loved ones of the Hillsborough victims.